8 Wonder of the World 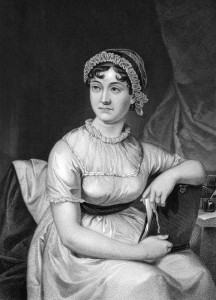 I usually write about medical advances or discoveries but when I saw an article titled “Eight discoveries you didn’t know…” I was enthralled with the information so I made this blog an exception.

Really, with a bit of a stretch I really am writing about medical advances. It just happens that most were at least a half century ago.

The common thread is the scientific advances discovered between the years 1902 – 2001were all made by woman. There is another common thread. Not surprisingly, six of eight woman did not receive the Noble Prize that their male co – researchers did.

During a time when most woman could not vote never mind receive BA’s or PhD’s, these eight women broke through educational barriers and others to become renowned professors and lecturers around the world.

At the turn of the century, Marie Curie’s research and discovery’s on radiation in 1902 are well known. She disputed earlier thinking about atom particles. She stated that the energy emitted from radiation was atomic decay. During her experiments, she found two new materials radium and polonium. She won her first of two Nobel Prizes in 1903. Marie Curie is the only person to have won two Nobel Prizes in two different fields.

In 1938 Nazi Germany, Lise Meitner had a colleague with a dilemma. He didn’t understand why uranium acted odd when bombarded with neutrons. So Lise used Einstein’s E = mc2 (Theory of Mass and Energy) to realize there is a huge energy reaction produced when uranium is hit by neutrons. Thus is the beginning of the “A – bomb.”

Now we can’t forget about Cecilia Payne who discredited her male colleagues by saying the stars we not made of the heavy elements like iron and calcium but the lightest gases known, hydrogen and helium way back in 1925. Then there was Rosalind Franklin, she discovered that DNA was a double helix structure using x-rays in 1953.

Chien – Shiung Wu immigrated to the USA in the early 50’s. By 1958, she had help two colleagues to disprove the parity law with her meticulous and renowned experiments. She discovered that isomers were not identical particles thus disproving a 30-year belief. Wu’s discovery was a massive contribution to physics that still stands today.

Jocelyn Burnell discovered that there was radiation energy emitted when black holes form. In 1974, she theorized that neutron stars emit pulses of energy known as “Pulsars”.

When the world panicked in the early 80’s about a new disease mainly killing the gay community and illegal drug users, Françoise Barré-Sinoussi went to work. Dr. Barré-Sinoussi quickly developed tests to identify and the cause of what we now know as HIV/AIDS because of her ongoing working with retroviruses. She received her Nobel Prize in 2008.

Last but not least Lene Vestergaard Hau came to America to stop light not just slow it down in 2001.

Both men and women should sing these women praises for their contributions to modern science.

But on those days ladies, when you need a really big “pick me up” you just say “Go Girl”!