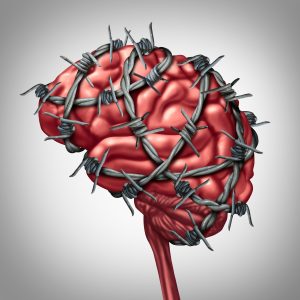 Dr. Bennet Omula M.D., MBA, MPH, CPE, DABP-AP, CP, is my muse. Hey, I liked the word muse, okay. Well he certainly gave me the motivation to finish this article.

If you haven’t seen the movie “Concussion” starring Will Smith and Alec Baldwin, you probably don’t know who Dr. Omula is. Bennet Omula a forensic neuropathologist who performed an autopsy on former NFL football player, Mike Webster was the first to discover a degenerative disease and give it a name back in 2002. Chronic Traumatic Encephalopathy or CTE.

Chronic Traumatic Encephalopathy (CTE) is a progressive degenerative brain disease often found in both amateur and professional athletes in all sports like hockey, soccer, football and the many forgotten military veterans. Others with a history of repetitive brain trauma can be from accidents are also included in this diagnosis.

While I write this article, I almost feel like I am contributing a few pages to a Jekyll and Hyde novel. All the information that I have read, I have seen young and healthy athletes become vile and mentally confused people often self-destructing.

I first started to look more into this CTE with announcement of Frank Gifford’s death in November of 2015. Then came the movie release of “Concussion” in December and then a Boston University report made public earlier this month. I finally had to say enough is enough.

The news piece from Boston University reported an ex-football player that had at least 10 documented concussions and passed away at 25 years old. Reportedly, his first concussion is 8 years old.

The young man needed to drop out football and eventually college in his 3rd year because of persistent concussion symptoms. He was plagued with dizziness, headaches, confusion and memory loss that lead to feelings of worthlessness and depression. Turning to marijuana to help relieve his constant headaches he lost his appetite and then was unable to maintain a job.

His wife reported that at age of 23 he became verbally and physically abusive towards her. That abusive person was not the man she fell in love with. He knew something was wrong too. He reached out for cognitive therapy and agreed to donate his brain to research one day.

Unfortunately, only a few years later when he passed from an unrelated illness Boston University School of Medicine were able to complete that research. Boston University researchers determined that the young man’s brain had the telling signs of CTE, a buildup of a certain protein. By the way, Alzheimer patients have the same protein.

However, I did not find what we are doing to change the culture of games that perpetually cause these injuries.

With the approach of Super Bowl 50 February 7th, ponder this thought:

Many things in life are beyond our control. CTE can result from an accident. CTE is one of many awful ramifications of war.

But what does it say about our culture when we willing and knowingly put our young in these harmful games ultimately only meant for our pleasure?