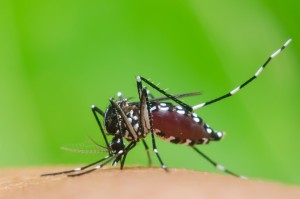 A new threat has developed in the southern hemisphere. Mosquitos are that threat. They have survived by adapting over and over again through the years. For much of history mosquitoes have been able to transmit horrible diseases to humans.

There was Malaria then, Yellow Fever, West Nile, encephalitis (inflammation of the brain) and now the latest, Zika all from the sting of infected mosquitos.

Parts of the world like the Middle East, Africa and North America report having West Nile cases but no Zika cases. In 2015, Brazil discovered Zika because of the increasing number of infant births with extremely small heads (microcephaly) with associated brain damage. There were 3,000 (20 times the normal rate) reported cases of small head births to Brazilian health authorities from October 2015 – January 2016. Those numbers are staggering.

The medical authorities believe there is a connection between Zika and the huge increase of microcephalic births. Their theory is mothers are at higher risk of delivering a small head infant if bitten by an infected mosquito in their first trimester.

All of mosquito borne illnesses produce awful symptoms for infected people but the two diseases that produce similar symptoms are Yellow Fever and Zika. These infections will manifest in a fever, rash, joint pain and light sensitivity within 10 days of exposure. The symptoms may last up to a week.

Experts believe that Zika will not flourish in North American climates. Although an infected traveler could bring back the disease then be bitten in North America, Zika could not survive a mosquito’s lifecycle in our winter climates.

Expert’s recommendations for travelers has not changed. When traveling to areas with warm climates, avoiding mosquito bites is still a high priority. Stay in screened or air conditioned rooms and use breezy beaches where mosquitoes are less likely to bite. Wear long sleeved shirts and long pants when possible.

Before traveling, check to see where there is a higher risk for mosquito borne diseases. The Canadian Government has a “Travel Health Notices” website that will inform you of any concerns in the area you are going. Remember to check with your doctor to discuss other protective options at least 1 month prior to travelling.